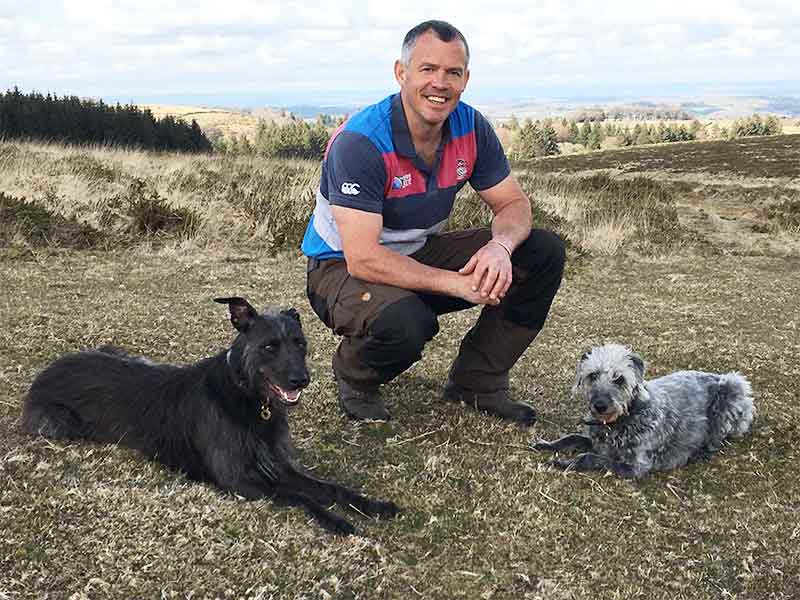 Today we catch up with the ever popular Alastair.

I was born and bred on Dartmoor and moved to Manchester to study in 1997. I graduated with an Honours degree in Physiotherapy from the Manchester School of Physiotherapy in 2000. I was lucky enough to work for Manchester United Football Club for a few seasons as well as a brief stint in Shanghai setting up a pain and rehabilitation clinic.

I have worked across all the basic rotational positions as a junior physiotherapist (Band 5) at the Acute Pennine Trust. I began focusing on specialist orthopaedics and musculoskeletal (MSK) outpatients and enjoyed working in both public and private sectors. I finally moved back home to Dartmoor in 2010 and started working in various specialist MSK physiotherapy roles whilst retuning to my other passion of hedge laying and dry stonewalling. I was lucky to be approached and offered a post at the Fay Pedler Clinic in 2015 and they haven’t managed to get rid of me since.

I work as a specialist MSK physiotherapist at the clinic.

Being presented with the ‘Physio of the year’ bauble at last year’s Christmas do!

The Fay Pedler Clinic is the best physio environment I’ve ever worked in and that’s down to the team and the patients we get to see.

His Holiness The Dalai Lama (especially as he doesn’t drink), Sir David Attenborough and my better half Phoebe

I’m a Grasshopper! According to Aesops Fables and my wise other half!