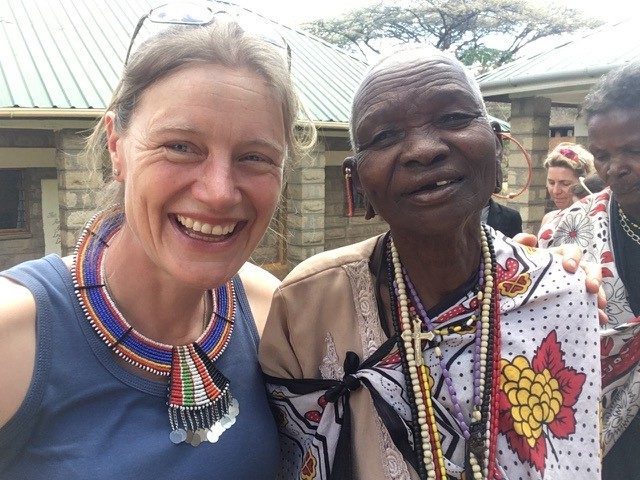 Today we catch up with Alice who provides hands-on Physiotherapy at the clinic and across the globe as well as educating future healthcare types at Plymouth University.

I was born in Plymouth and brought up out on the edge of Dartmoor. School and teenage years were mainly spent out on the moor or sailing around the sound, when not doing the school-work or seeing friends. I loved Ten Tors and helping Dad sail the boat round the Mewstone in a strong wind. Holidays were mainly camping on the north coast for surfing or sailing in the camel estuary, but I did get taken to Nepal aged 11; Dad was a Doctor who did a lot of overseas work.  Desperate to see the world I had a year off after school in New Zealand before going to the University of Birmingham to study Physiotherapy. I discovered I’m not a city girl! I probably should have bought shares in British Rail with all the weekend train trips back to Devon. However, I did cycle John O Groats to land end one summer with a group of other physio students which was fab. I spent the other summers volunteering in Romanian orphanages.

All of this set me up for a rather eclectic career which has been regularly interspersed with periods abroad volunteering or on expedition. I have spent time working in Nepal, Bangladesh and for the last decade been on multiple trips to Kenya with a trauma and orthopaedic travelling surgical team. This is as part of the charity Future Health Africa.  I still love and continue this, when able, and it’s led to my other role as a lecturer in Global Health at the university.

I’ve worked in a few different organisations. I started my physio career with two years in the NHS at Derriford but left to volunteer in Nepal for six months. On return from this I did a few years in paediatrics with the NHS and in special schools before going to Bangladesh. I’ve done multiple Tall Ship sailing expeditions also spent 5 months in South America to be an expedition lead with Raleigh International so have needed jobs that were flexible to fit around other interests too.

I’ve spent six years working with the ministry of defence as a physio, four of those were in Germany and then two running the physio department here in Plymouth at HMS Drake.

I’ve done plenty of postgraduate studying too and for the last five years have run a master’s degree at the University of Plymouth in Global Health. I also teach on the medical programme and in between all of this still get overseas each year if I can to use my physio skills with those in need.

I’m a clinical physio. Believe it or not I’ve worked at the clinic on and off for 21 years. I remember my interview with Fay. I had to ‘treat’ her forearm – terrifying… but amazing to remember the laughter that always came out of her room.

The fact that I’ve been able to combine working at the clinic with so many other career moves and travelling. It’s great to be back after a few years and see the practice thriving. I love that I can see trees out of the window from the main clinic rooms too.

One day I’ll go and live and volunteer in Africa for a couple of years. Either that or disappear off to sea in a boat.

Folk who are happy to get to the middle of Dartmoor, or out to sea.

But I’ve just joined a folk choir which I’m loving.

Been to a few, back to amazing Africa when Coronavirus allows; but my top place possibly has to be the Isles of Scilly.